So a dear friend of mine was tasked to clean her husband’s late uncle’s estate. He apparently was a huge fan of the mystical arts, so through her I’ve found myself in possession of about 12 or so new – to – me tarot decks.

Tarot is pretty misunderstood as a whole by a lot of people and rightfully so. There are lots of different kinds of decks, styles and directions a person can take with Tarot.

Let me start off by stating that the art and practice of tarot is an individual thing to each person reading. Some people have different definitions of the channel they are working through and that is all up to your discretion when you’re seeking a reading. 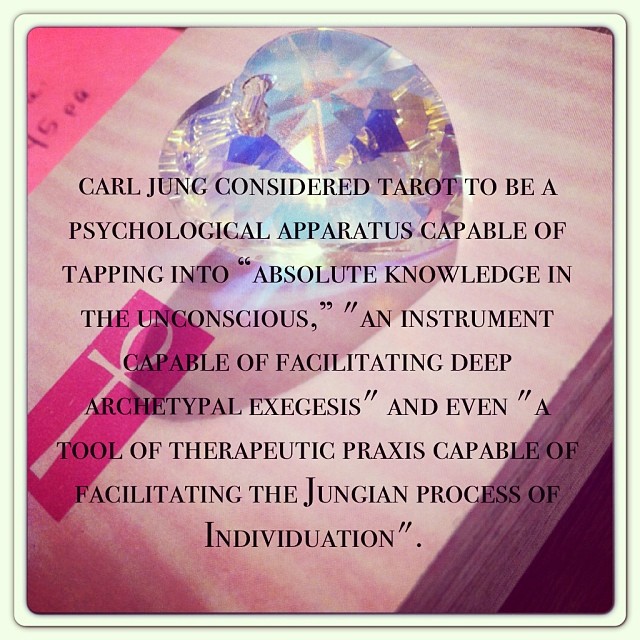 Fraternities and Fraternal orders have been around since ancient times. Collective groups of individuals are the tastemakers, the gamechangers and the puppeteers behind the gears of life within our control. They are clued into certain signs and practices available in life to tune in and advance. Some knowledge sets and philosophies discussed in some Tarot decks can be traced back to the ancient egyptians, mayans, romans and greeks. There are pieces of wisdom laced up in the iconography, in the legends and myths we are supposed to be continuing to pass on.

When I got this lot of new decks I was a little overwhelmed. A deck only has energy for a reader when given to you. So I am overwhelmed to think I could assimilate 12 new decks into my practice. I researched every one. Some of them are of the Thoth format. This was written by Aleister Crowley and if you know rock and Roll you’ve heard his name. What most people don’t know is that Tarot was around long before him and he was part of a fraternal order at one point. The Hermetic Golden Order. This order was made up of many influential members of society including members of the Freemasons. At one point Crowley left the order and began one of his own – creating his own religion, deck of tarot and also practices with black magic rituals. (Yikes)

The deck I read with isn’t associated with any black magic anything. Its a Rider Waite Smith deck and was designed in the early 1900s by members also of the Hermetic Golden Dawn. It was a visual representation of the secrets and lessons being passed down by these orders in the form of a game that had long been practiced before. It’s said that at one time the nomadic travelers (sometimes known as Roma, or Gypsies) of early ancient times picked up fortune telling rituals from their European and African travels  in the vain of tarot & gambling too and also formed their own version of the practice and at times scams with the art. 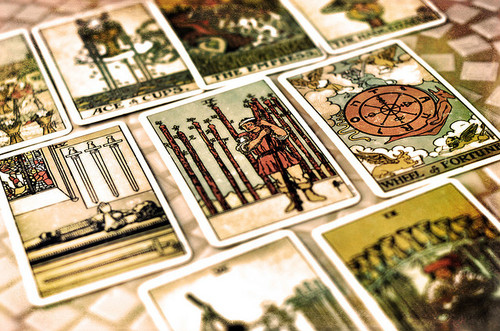 After performing several elemental rituals on the decks of cards to cleanse them from any previous energy or stagnancies – only 1 deck really called to my person practice that I am developing. This deck has an egyptian ank on the cover and it was stubborn. I prayed on this deck, buried it, smudged it, set it out under the moon, placed it with my purest crystals and intentions. I Shuffled and shuffled, upon shuffled it and after a few weeks I finally began to get the feeling the deck was ready for reading.

It’s a funny little ugly thing accepting money for offering a service like this. Especially under the operation of a new deck and one that Spirit simply fated to me.  This weekend I felt a huge channel open up for my new-to-me deck and I offered up free OPEN readings via social media. Friday through Sunday (up until this moment) I’ve been reading a free card for anyone willing in the vain of “your surroundings”.

I had some great conversations – some great readings and for the most part despite reading blind, I felt very in tune with the information I was delivering. I hope the 17 other people that participated this weekend felt it too!

My tarot practice tells stories to help you get a birds eye view on a situation or the entire picture. Sometimes we are stuck within the delusion of our own perception of things and it blocks us from moving forward. I am super thankful to have had the chance to read and practice so much this weekend with everyone who volunteered their open minds. Thank you @Terra Kroll of The Darshana Collective for my beautiful new Tarot decks. For the rest of January, I would like to continue to offer 1 card in the vain of “Your Surroundings” to anyone willing.

Via In Person, Google Hang Out or Phone -$25.oo

FREE for the Month of January

or on Face Book – Beth Kaya or BethKaya Design & Consulting to set something up or get your free card.

There are other styles of readings I can do, they are all unique to what you are seeking.

Don’t hesitate to reach out to me. At the end of the day I promise a fun experience.